Metop started out as part of PLM in the seventies and was founded as an independent company in 1987. With decades of experience in the can industry we can honestly say that we have the knowledge to be a successful manufacturer and partner.

What makes us so special is having high Swedish quality as key.

We make everything we sell and we know where all the parts to build our systems come from. We assure you that everything from smallest screw to largest computer screen can be traced back to a trustworthy source.

We offer a complete range of Quality control equipment for every customer’s need, small as big. Our qualified and experienced team works every day in both production and development trying to find new solutions together with our customers.

We do not see being a small company as a disadvantage but rather the opposite. All parties of Metop are just as aware of their own role as of eve­ryone else’s  – We work together as a team.

We put pride in direct contact. You will always have quick access to the right man or woman here at Metop.

It all started in Sweden’s oldest packaging plant, Plåt Manufaktur AB, PLM which is now part of the Rexam Corporation.

With the knowledge of bottles, food and beverage can and lid production PLM needed to control the parameters of aluminum, steel cans, lids and ends. They needed quality assurance of their products. This was the birth of Metop. It started out as an equipment development department in order to quickly and accurately accomplish quality control. Even when Metop was still part of PLM, the production always stayed ahead and they managed to develop the revolutionary computerized double seam control station.

Three young engineers that wanted to change the way of metrology of cans took matters into their own hands, made Metop, developed a new way of thinking in the can industry and started a new era.

Three young engineers that wanted to change the way of metrology of cans took matters into their own hands, made Metop, developed a new way of thinking in the can industry and started a new era.

In 1987 Metop was separated from PLM and founded as an independent company by one of these engineers, Ingvar Joelson.

After more than 25 years under the same management, Metop took a new turn when Anders Wanner, in 2014 acquired the company. Since then we have put even more effort in R&D and expanding our company.

With Anders vision and the rest of the teams knowledge Metop will be taken one step further.

Customers have been loyal to our company even from the start and some has been with us from the very beginning until this day. Among these are Metal Container Corporation from USA, Nafcel from Saudi Arabia and Coca Cola. 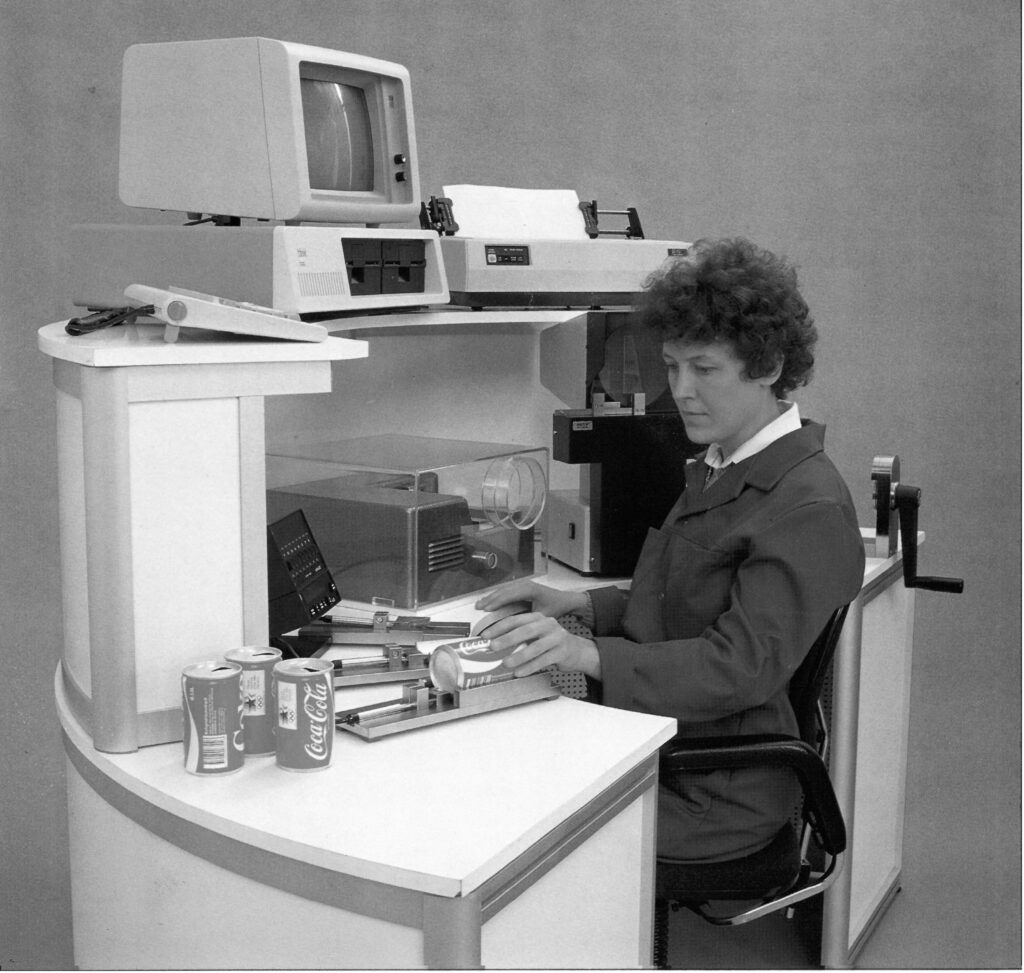 We work hard to find the best methods to both old and new products. Our team constantly works in the production with all different systems and products.

METOP fills a big part of the quality control equipment in the industry and focuses mainly on the food industry, the beverage industry and the end/can production. We control the whole chain from A to Z, and we proudly produce most of it ourselves.

Even the smallest parts of our systems are in our control. From the raw material through all milling cycles and to the final finished product. This way we can ensure that all our products are made in highest quality and utmost attention to detail.

We make everything we sell and we know where all the parts to build our systems come from. We assure you that everything from smallest screw to largest computer screen can be traced back to a trustworthy source.

We put pride in direct contact. You will always have quick access to the right man or woman here at Metop.

We use cookies on our website to give you the most relevant experience by remembering your preferences and repeat visits. By clicking “Accept All”, you consent to the use of ALL the cookies. However, you may visit "Cookie Settings" to provide a controlled consent.
Cookie SettingsAccept All
Manage consent

This website uses cookies to improve your experience while you navigate through the website. Out of these, the cookies that are categorized as necessary are stored on your browser as they are essential for the working of basic functionalities of the website. We also use third-party cookies that help us analyze and understand how you use this website. These cookies will be stored in your browser only with your consent. You also have the option to opt-out of these cookies. But opting out of some of these cookies may affect your browsing experience.
Necessary Always Enabled

Performance cookies are used to understand and analyze the key performance indexes of the website which helps in delivering a better user experience for the visitors.

Analytical cookies are used to understand how visitors interact with the website. These cookies help provide information on metrics the number of visitors, bounce rate, traffic source, etc.

Advertisement cookies are used to provide visitors with relevant ads and marketing campaigns. These cookies track visitors across websites and collect information to provide customized ads.

Other uncategorized cookies are those that are being analyzed and have not been classified into a category as yet.